A Colorado baker was ordered earlier today to serve same-sex couples despite his religious beliefs, as originally reported by Ivan Moreno. Administrative law judge Robert N. Spencer told Denver’s Masterpiece Cakeshop it will be fined if it continues to refuse service to gay couples who are looking for wedding cakes. Shop owner Jack Phillips could face fines of $500 per case if he refuses to comply with the order.

The complaint was filed with the Colorado Civil Rights Commission on behalf of the couple by The American Civil Liberties Union. The complaint sought to force the shop to “cease and desist” refusing to sell wedding cakes to gay couples. 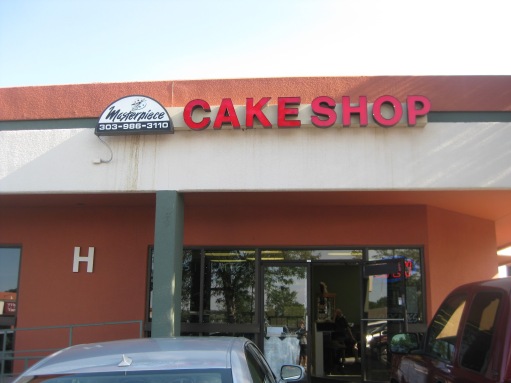 In 2012, David Mullins and Charlie Craig were married in Massachusetts and were looking to buy a wedding cake in suburban Denver to honor their ceremony. When Phillips discovered the cake was for their wedding, he refused to make one for them, as it would violate his Christian beliefs.

“We were all very upset,” said Mullins, “but I was angry and I felt dehumanized and mortified.” It was discovered through social media that other gay couples were refused wedding cakes from the same shop.

David Mullins (left) and Charlie Craig (right) have been together for over two years.

Nicolle Martin, Phillips’s attorney, said the case was about conscience, not commerce. “I just don’t think we should heighten one person’s beliefs over and above another person’s beliefs,” she said.

“We are all entitled to our religious beliefs and we fight for that. But someone’s personal religious beliefs don’t justify breaking the law by discriminating against others in the public sphere,” said Mark Silverstein, legal director of the ACLU in Colorado, as originally reported by the Associated Press.

Naturally, public reaction to the decision has been mixed. While it’s comforting to see gay rights being defended in the public eye, the fact is this was an obvious case of a business owner failing to comply with Colorado’s civil union law, which does not afford religious protections to businesses.

UPDATE: Phillips has said he’d rather go to jail than sell a gay wedding cake, reports Huffington Post. “I don’t plan on giving up my religious beliefs… I don’t feel that I should participate in their wedding, and when I do a cake, I feel like I’m participating in the ceremony or the event or the celebration that the cake was for.”

Naturally, Bryan Fischer of the American Family Association was quick to come to his defense, describing the ordeal as “the Secular Inquisition.” Because, you know, ordering a bigot to make a cake for a gay couple is exactly like the torture that went on during the Spanish Inquisition.

“We would close down the bakery before we would compromise our beliefs, so that may be what it comes to,” Phillips told Fox News’ Elisabitch Hasselbeck via Raw Story. Peace out, Masterpiece Cakeshop! It was a pleasure not doing business with you.