Russian Prime Minister: ‘No Problem at All’ — Have a Coke & a Smile 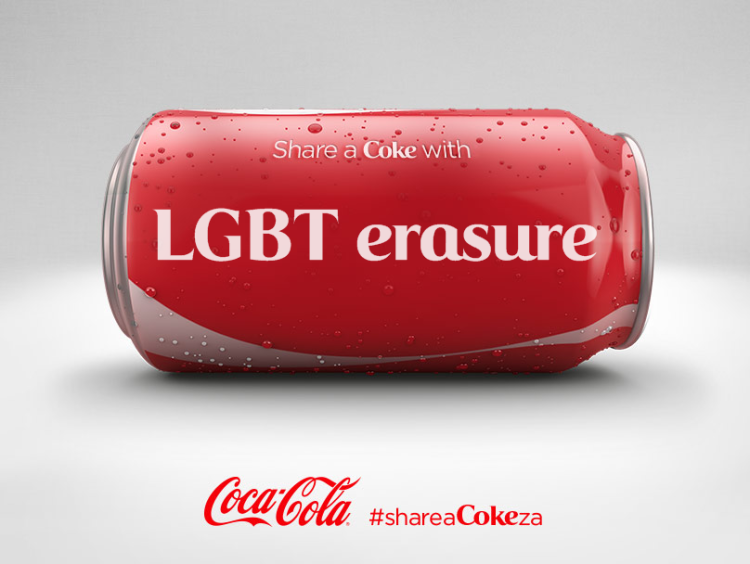 “Russian prime minister Dmitry Medvedev told CNN’s Christiane Amanpour that he has no knowledge of the ‘gay propaganda’ ban being enforced and that he hasn’t heard any complaints from LGBT Russians.” –The Advocate

“Coca-Cola has indicated it will not be taking a stance against Russia’s anti-gay laws at the Sochi Winter Olympics where it is a headline sponsor. The soft drinks firm has also backed the International Olympic Committee’s response to Russian human rights abuses.” – GayStarNews

Coca-Cola responded by pointing to a statement from August 28, 2013:

‘As one of the world’s most inclusive brands, we value and celebrate diversity. We have long been a strong supporter of the LGBT community and have advocated for inclusion and diversity through both our policies and practices. We do not condone intolerance or discrimination of any kind anywhere in the world.

‘As an Olympic sponsor since 1928, we believe the Olympic Games are a force for good that unite people through a common interest in sports, and we have seen firsthand the positive impact and long-lasting legacy they leave on every community that has been a host.

‘We support the core values of the Olympic Movement – excellence, friendship and respect – and are proud to continue our role in helping to make the Olympics a memorable experience for athletes, fans and communities all around the world. We are engaging with the International Olympic Committee on this important matter.

‘We believe a more positive impact can be made through continued involvement, rather than by sitting on the sidelines.’