Daily Caller – Homophobia (And a Smile)?

Calling the response among some LGBT activists “apopleptic,” Tucker Carlson’s The Daily Caller on Monday posted its own reaction to problems with Coca-Cola’s promotional tool launched as part of the company’s sponsorship of the Sochi Olympics.  The tool, which was intended to allow users to “Share a Coke” by entering names to create a customized Coca-Cola can, came under fire by LGBT activists when it was discovered that the system would not allow certain words to be used.  Among them were “gay,” “lesbian,” and “queer.”  After entering these words, customers received a message saying “Oops, Let’s pretend you didn’t just type that.”

Eric Owens of The Daily Caller decided to demonstrate that the Coke website was in fact not homophobic at all by generating (wink wink) … well … homophobic Share a Coke cans.  With all the sensitivity of a shock-jock DJ, and a highly underdeveloped sense of irony, Owens entered insulting homophbic slurs. He posted images of the results on Monday, claiming that Coke’s campaign was “not at all” homophobic because it allowed entry of “more colorful” words than “gay.”

As they say on Fox – you decide.  Then let Eric know what you think.  It’s good to share and he is, after all, the “Education Editor” at The DC. 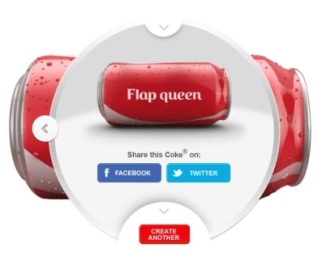 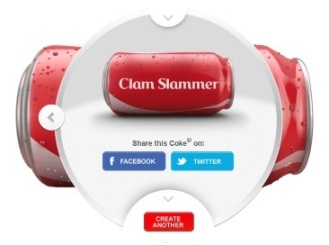 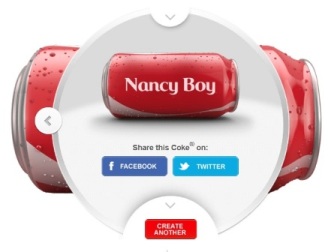 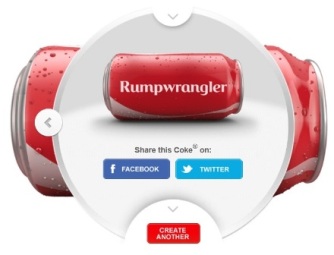 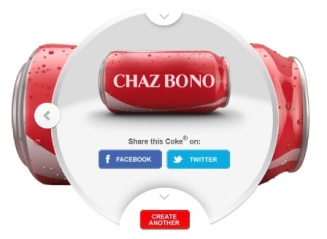 On Wednesday, Coca-Cola issued an apology for problems with the site and pulled it down until it could be fixed.

The apology, however, made no mention of the company’s sponsorship of the Sochi Olympics or of its defense of the arrest of a gay Russian protester last week who was tackled by security personnel in uniforms sporting the Coke logo.