In 2013 Ohio hosted 22 marriage events at its Statehouse in Columbus.

Not one of them was for a same-sex couple.

The state charged couples $3,500 for a wedding and $8000 for a wedding-reception combination – catering not included – and has been doing so since 2006 when the Ohio Square Review and Advisory Board began permitting the use of the building and grounds.

Not a penny of this revenue came from same-sex couples.

Why? Because the Board requires that any couple wishing to use the Statehouse for their wedding must produce a marriage license. In 2004 Ohio passed an amendment to the state’s constitution specifically banning same-sex marriage. Gay couples, without that document, are forbidden to use the spaces to celebrate weddings.

Luke Stedke, a spokesman for Capitol Square told The Columbus Dispatch that his agency has “to comply with the Ohio Revised Code and Ohio Constitution like everybody else.

Ian James, of Freedom to Marry Ohio told the Dispatch that his organization is pushing the state to change the rules and that “a decision based on someone’s sexual orientation seems to cross the legal lines for a federal lawsuit.”  Freedom to Marry and other organizations supporting equal marriage rights have pointed out that the rule not only discriminates against taxpaying gay citizens, but also foolishly blocks a source of revenue.
The 2004 anti-gay marriage amendment was pushed by Citizens for Community Values, a Cincinnati-based anti-gay rights lobbying organization that opposes any change to the rules.
Their spokesman, Phil Burress told the Dispatch that “the only marriage in Ohio is between one man and one woman … they have no rights to any taxpayer-funded facility, period.” 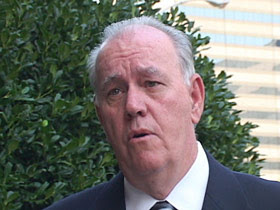 “It never ceases to amaze me how they try to bully people into getting what they want by using the discrimination word,” he said.
Indeed, Phil, it’s simply amazing.
Gay rights organizations in Ohio predict that a measure to overturn the same-sex marriage ban could appear on the ballot this fall.