Jeremy Brandrick was a fan and cast favorite on Season 12 of Project Runway with his quick wit, kind nature, sass, talent, and classic style. When the career designer was eliminated in episode nine, the outcry from fans was enormous. Post-PR, Brandwick is working on a new menswear line and living in Chelsea with his partner and two small children. GTSA caught up with Brandrick at his home in Chelsea to talk fashion, reality TV, and life after Project Runway. 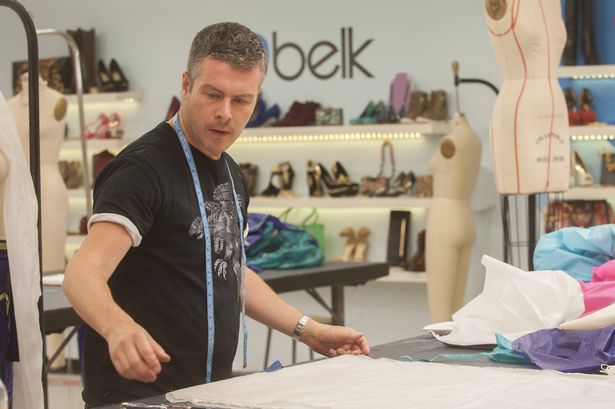 GTSA: Many fans were upset you were sent home when you were – but there was also a perception you were “over it” at the end?

JB: I was over it, to be honest, because I was very tired – everyone is tired, the experience is long hours, very late nights, and I also didn’t think mine was the worst look on the runway by far, so I sort of gave up. It didn’t work out and you can’t argue with the judges because they’re the judges. It was their decision.

GTSA: In hindsight, is there anything you would have done differently?

JB: I don’t know – I thought about this. I wonder if I created a little more drama if I would have lasted longer. If there was a row or a fight or a meltdown they [other contestants] got a lot of airtime. It’s not my personality – I went in as myself and maybe if I had more of a game plan I wouldn’t have got sent home episode nine. It is a TV show at the end, it was mainly unscripted but the drama moments are the ones that got the airtime. They need people to be hooked to see what happens next week. Emotions run high in tiredness, resentments run high, and I didn’t give into any of that so there you go! I think I’m very talented. Some of the crap that was on the runway that day – honestly!

Brandrick with his garment on the runway.

GTSA: Can you tell us how you ended up on the show?

JB: I’m a member of a careers website thing that sends jobs out and there was a casting for PR and I said, “Fuck it, that will be fun!” I applied and it snowballed and I couldn’t get out of it, and then I got excited about it and it was a wonderful life experience. And when I’m dead my kids can look at it on the internet and always be able to see Papa. I did get to show at New York Fashion Week in a capacity and throughout my career I’ve shown in Milan, London, and Paris, and now I can add New York to that list. Many people can’t say that so that makes me happy about it all.

GTSA: Is there anything that happened behind the scenes that would surprise PR viewers?

JB: You don’t see it on the show but I made good friends [on PR] which I never expected – and they don’t play that up on the show either. Of course behind the scenes you’re all sharing bedrooms, you’re not allowed to drink. There was one occasion, the Fourth of July, that we were allowed alcohol and had a pizza party and it was just fun. You got to bond with people when it wasn’t all about the show and we weren’t being filmed and people got drunk and laughed and let their hair down a bit so that was probably a great behind the scenes moment no one will ever see.

GTSA: Did being on the show change your life?

JB: I don’t think it actually changed anything – it hasn’t done anything for my career. I was quite snobby about PR before I went on the show – it’s not something when I apply for jobs I really talk about unless someone brings it up. I don’t put it on my resume. I have 20 years of industry experience – I don’t need to tag “Project Runway contestant” on there, it would seem odd to me. I’m not milking it – especially now that the season has aired and is done. I’m not fame desperate or fame hungry. I was very happy to get back to my life and my husband and my kids. 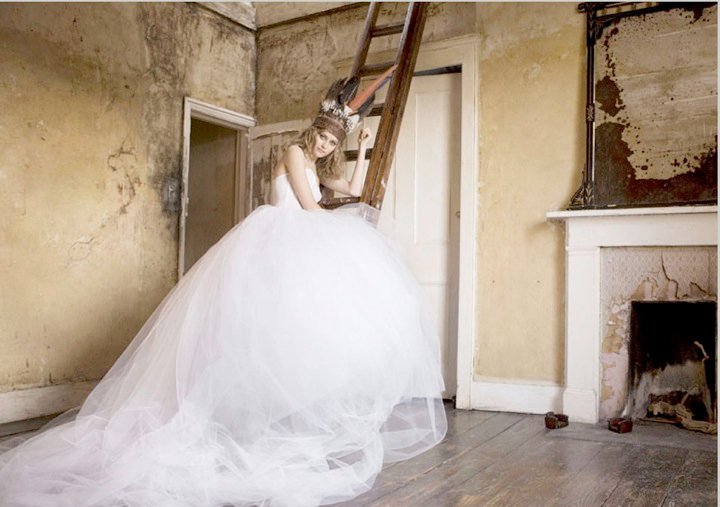 GTSA: After having a career that’s all over the spectrum of fashion, why did you end up in bridal?

JB: I’m back in menswear! When my husband and I had our children, I deliberately stopped work. But I wanted to do something, have a small business I could work on from home and do completely on my own. Many years ago I interned at a bridal company and then I had a 20-year menswear career. I set the bridal thing up and did that – I love beading and making people look beautiful. But with the kids in school I’m back in menswear. I love all of fashion so we’ll see where it takes me! I’m happy to do another wedding dress but now I’m doing a new men’s ready-to-wear line launching in January as the head designer. It’s quite hush hush but I can tell you it’s not a celebrity line – I’ve worked with enough of those before.

Brandrick with his husband, Adam Morris, and their two children, Benjamin and Alexandra.

GTSA: How did it feel to be featured in The Advocate as a famous gay dad?

JB: It was very flattering and very ego pumping! No one contacted me so I must have made a good impression to someone. I’m right up there with Elton John!

GTSA: What advice do you have for other gay parents?

JB: One of our regrets is not doing it earlier. We used a surrogate, and I would say do it earlier because it is very tiring. Any gay couple, man or woman, when they approach having children they think a lot about it more – we thought about it for 16 years. It’s not like you get knocked up in a one night stand! But we’re having a real blast with it and because it’s something we really wanted with we get all the benefits and none of the stress. We know a number of gay parents that have full time nannies and keep all their full time jobs that wasn’t our style. That wasn’t how we were brought up I think its really important that one of the parents were around, and it seems to be working really well. But it’s absolutely fantastic! I would highly recommend it. But I do have perfect children. We’d like to have some more but we’re worried they’ll be evil.

What a ridiculously attractive family.

GTSA: How did being away from your family on PR affect you?

JB: It was awful being away from them – they allowed me to take one picture of them. I’d already had a year and a half as a stay-at-home dad and they completely take over your life. Thinking I would be away from them for five weeks and all I’d have to do is make clothes – it was really exciting, so I was torn. I thought about them first thing in the morning and last thing at night but during the day I was focused on trying not to get kicked off!

GTSA: What’s next in your career beyond menswear?

JB: One of the things I got out of being on PR is I’m still very creative and I can work just as well under pressure as I used to. When you have kids you worry about losing touch, but I proved to myself that I haven’t. I can still succeed at what I’m doing. I’m very lucky to do a career I feel very passionate about. I’m kicking around some other ideas for a new business venture – perhaps an online men’s cosmetics and product line. There’s only so many hours in the day!

GTSA: What is your advice for aspiring designers who want to go the reality TV route?

JB: I don’t know if it’s going to be a career maker for everyone so I would say don’t expect it. Like I said, I wasn’t confrontational and didn’t throw fits and some people did. You want to think about what people will remember when all they see is an edited TV version of you and maybe that’s not what you want prospective employers – or even people – to see. Thank god I’m with Adam – I probably would have been untouchable after the show! It didn’t help anyone get a shag so don’t go on for that reason either! At the end of the day you have to make your own career – it’s a fab life experience to have. Then the window is only open for a short time before the next season starts and you’re old news.

GTSA: Do you have anything you wish you could say to the judges?

JB: It’s so funny – I understand how to critique people and I don’t know if I valued any of the critiques I got. All of what you’re saying is absolutely bullshit and has no bearing on my work or career prior. It’s pure fantasy reality TV and we all volunteered for it so we’re getting what we’re getting.

JB: I’m a gay man, I can be bitter about anything!