Two months have passed since our last stop in Nashville. Everyone gets a break from the road, but not everyone is going to be able to relax. 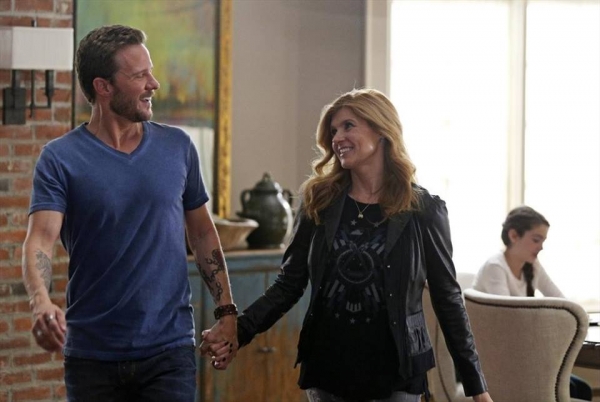 Will Lexington doesn’t seem thrilled to be home, probably since his wife hates him now that she knows he’s a closeted homosexual. Deacon offers to be there for Will if he needs to talk, but naturally, Will declines the offer. Don’t these people know by now Will just bottles everything up until he lets it all out via destructive behavior? In a clear move to avoid going home, Will stops to see Gunnar and Zoe. He admits to Gunnar that he hasn’t seen or talked to Layla since filming on their reality show wrapped. Eventually, he does go home and finds Layla strumming her guitar, which is a shocker since we all know Layla isn’t exactly a songwriter. Layla apologizes to Will, but he doesn’t blame her. She asks Will if he’s been seeing anyone and he says no (we all remember what went down with his “personal trainer”, right?). Layla says she isn’t seeing anyone either. She invites him to a small show she’s doing and he graciously agrees to be there. When he shows up to hear her sing, he’s shocked by how good she is (so are we), but the lyrics hit a little too close to home for him. He compliments Layla on her song just the same. She thanks him for hurting her and giving her a creative voice. Will and Layla are all fake smiles at the premiere of their new reality show, but the smiles quickly fade when they see how the footage was edited. Will is half-naked all the time and Layla sounds like an idiot. Whatever center Layla has found over the past two months quickly goes out the window. They complain to the producer, but she essentially tells them to deal with it.

Deacon has a few days before he’ll get to see Maddie, so he lays low while feeling under the weather. Scarlett tries to get him to invite Pam to dinner, but he explains that some things that work on the road don’t work in real life. While laid up on the couch, he gets a call from a reporter doing a story on Rayna. He declines to comment, of course. Pam shows up at Deacon’s door with soup. Just when it seems like they’re getting closer, Deacon admits that the whole city reminds him of Rayna. Pam takes the hint, knowing his heart will always belong to Rayna. Before she leaves, Deacon thanks her for everything she’s done for him.

Scarlett is keeping busy writing songs for big names. Homeless Terry leaves a present for her on the porch. Inside is a harmonica and a note thanking her for her kindness. She goes looking for Terry and finds him selling newspapers. He says he’s been working and staying in a shelter. She offers to buy all of the newspapers if he’ll help her write a song. Scarlett discovers Terry actually charted back in the day and he wants him to sing their song at The Bluebird. When the time comes, he wants Scarlett to sing with him. She tries to get out of it, but he insists and this time she manages to perform without crawling into a fetal position. 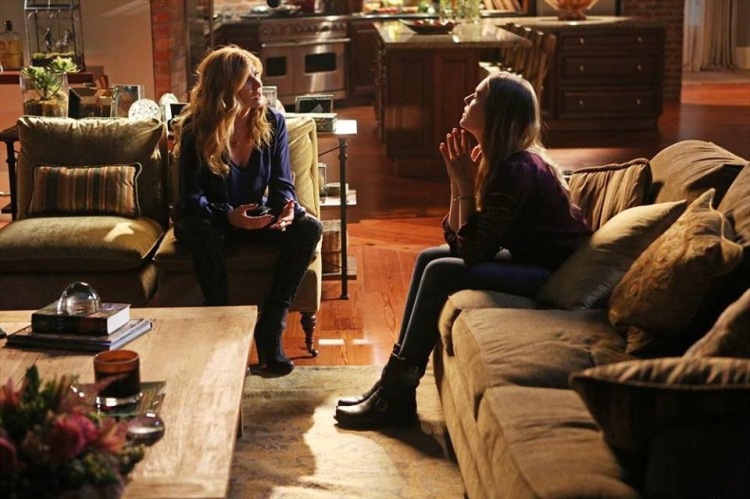 Gunnar has been having fun being a dad, but Zoe is clearly getting fed up with the lack of one on one time. She doesn’t have a problem with the kid, but she is sick of Kiley dropping him off without notice and picking him up late. It doesn’t help that Zoe has no prospects on the horizon. He suggests a date night to make it up to her, but right on cue, Kiley calls asking Gunnar to pick his son up from school. Gunnar has to work, so Zoe gets stuck picking up the kid. Kiley reveals she got dumped when her boyfriend found out she had a kid. Gunnar asks her to stay in Nashville, but also to be more responsible about picking Micah up on time. She agrees, but it’s not long before she’s late picking him up again. Zoe is pissed so Gunnar calls Kiley. She tells him she’s chasing after her boyfriend and doesn’t plan to come back. She tells Gunnar he’s a better dad than she is a mother.

Luke and Rayna are planning to make the most of the 48 hours they have together after she finishes performing on Dancing with the Stars. Rayna finds out her interview with Rolling Stone is turning into a cover story. The only catch is she’ll have to let the reporter come hang out with her during the time she set aside for Luke and her family. She tries to push the interview, but doing so would cost her the cover. Rayna comes home just as look is buying the girls’ love with bacon. Rayna breaks the news about the Rolling Stone interview. Luke isn’t pleased, but he gets it. They attempt to plan their wedding while the reporter follows them around, but Luke is getting heated fast. The reporter wants an in-depth article and not a puff piece. It quickly becomes clear that Luke and Rayna won’t get any time alone together. When they return home from cake tasting, they find Colt and Maddie making out on the couch. Maddie doesn’t think it’s a big deal, but Rayna thinks it’s inappropriate. She also warns her that the reporter saw them and it’s doubtful he’ll pass up a story about Luke Wheeler’s son making out with Rayna Jaymes’ daughter. Rayna goes to the reporter to ask him not to write about the kiss, but he thinks it’s his angle. In exchange for not writing about it, Rayna offers to give him the exclusive details of her past with Deacon. After, Rayna feels dirty for exposing so much of herself. Luke thanks her for stopping the story and the two exchange vows between themselves in their bedroom.

Juliette has started to show a lot more over the past two months. Avery is still treating her like a leper, so that hasn’t changed. The two go to the doctor and the baby is doing well. Juliette doesn’t want to know the gender of the baby, but Avery does. The doctor gives them an envelope with the gender inside in case they decide to look. She also suggests the soon-to-be parents start going to Lamaze class, but Avery isn’t ready to be “intimate” enough for Lamaze. Juliette is focused on hearing back from Rayna on the demos she sent her. She shows up at Rayna’s unannounced to ask about the tracks. Rayna listened to the songs, but doesn’t think they’re Juliette’s best work. She tells Juliette to write about her real feelings or take a break and focus on the baby. Back home, Juliette gets emotional and confesses she feels completely alone. She asks her assistant, Emily, to be her birthing partner. She happily agrees. We see Avery attempt to buy a crib, but he’s clueless on the whole process. He drops the crib off at Juliette’s, but can’t help stopping to watch her sing as she writes a song. Unfortunately, it’s the wrong crib, but he says he’ll take it back. Later, Emily goes to Avery to tell him Juliette asked her to be her birthing partner. He responds coldly, but it’s obvious he still cares about Juliette. Ultimately, we see him show up to Juliette’s Lamaze class at the last minute.

What did you think of this week’s Nashville? Will Zoe be able to handle playing mom to Micah? Will Layla be able to keep herself together? Is Avery finally going to get off his high horse and admit he still has feelings for Juliette? With only a few more episodes until the winter finale, we’ll find out soon enough!

« Catching Up with The Voice’s Amanda Lee Peers
OUAT Recap: Smash the Mirror »