Body Image and the LGBTQ Community

A few hours ago, I was in Dunkin’ Donuts ordering a late night tea and I heard a fellow customer say, “I wish donuts were healthy for you,” to which someone replied, “I wish they were, too. I would eat them like all the time.”

We come from a society that is constantly questioning food choices, our image, where the weight-loss industry has an annual revenue of $20 billion (ABC news). Society programs many of us to look a certain way, which can be really tough. Pressures to live up to these unattainable standards can lead to serious mental and physical problems.

But what if you’re also part of the LGBTQ community?

According to the International Journal of Eating Disorders, “Although lesbian ideology rejects our culture’s narrowly defined ideal of female beauty and opposes overemphasis placed on women’s physical attractiveness, such ideology may not be strong enough to enable lesbians to overcome already internalized cultural beliefs and values about female beauty…even as the lesbian woman increasingly identifies with a lesbian community that ideologically professes self-accepetance, she is still a part of a great cultural context that values beauty and thinness in women.”

So, just because I don’t really feel the need to dress for someone’s approval, doesn’t let me live in this world where women aren’t told to be thin and not eat pizza. 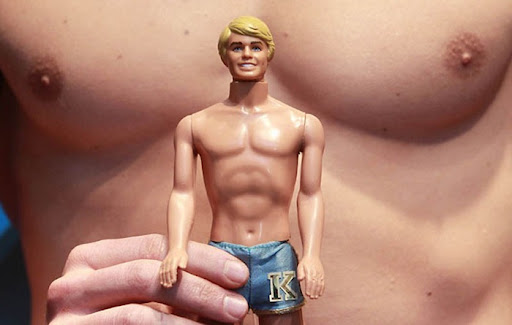 In the book, Looking Queer: Body Image and Identity in Lesbian, Bisexual, Gay, and Transgender Communities, there’s a quote: “What I look like stops me from going to dance parties or nightclubs or saunas. I don’t go to Oxford Street [main, Sydney, gay commercial area], I feel locked out from the whole scene, sometimes as if I’m not part of the community at all, like there’s no places for me; I’m not real. It’s like a new kind of discrimination, a new sort of homophobia” (page 333).

That’s the intersectionality. This added fear of not only fears from your identity, but also the ones so many people are stressed about regarding their bodies.

The transgender community already faces the most discrimination of the oppressed minority group. This is especially true because of gender dysphoria, or “feelings of dissatisfaction or discomfort between the gender you were assigned at birth and the gender you are” (proud2Bme). A transgender individual’s ability to appear within our society’s confined beauty standards is even harder when their body is not capable of doing so.

While I know this is not the whole community, I think it definitely shows the intersection between the struggles of body acceptance and having confidence within one’s LGBTQ identity. While many people deal with accepting their body, those outside of the community are still privileged in not facing this intersection.