Why I’m Supporting Hillary (And You Should Too!)

Last summer I was told, rather smugly, by three different straight female friends that Hillary actually did not support gay marriage until 2013, and even then only did it because it was the politically advantageous thing to do, and in fact Bernie’s been supporting gay people all along. *WINK WINK* As if because I’m gay, I will automatically vote for whoever said “I support gay marriage” first. These friends, by the way, are representative of the Bernie supporters who were all up in arms when a prolific second wave feminist (much respect!) recited an old truism long associated with Democratic firebrand and Texas Governor Ann Richards, the mother of Planned Parenthood Queen and Clinton surrogate Cecile Richards. How dare she say something that makes some Bernie supporters feel as if they’re being told to vote based on their gender identity! Don’t these old bats know that today’s young people are supposed to vote based on their sexual identity? 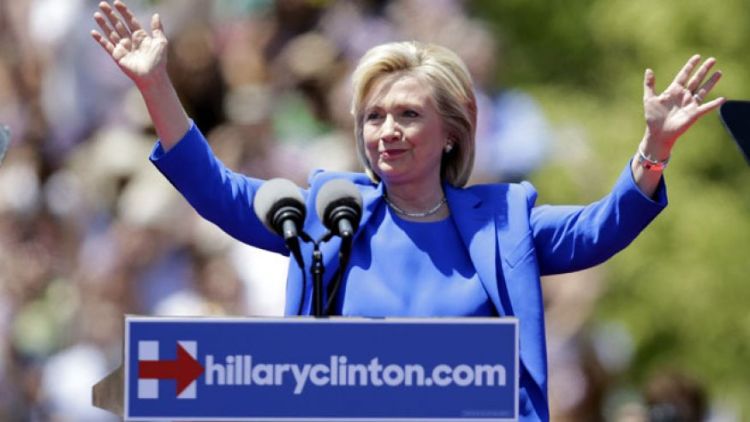 There are two reasons these particular incidents of Bernie supporter patronizing continue to fire up my uterus for Hillary. Let’s just knock the first one out: By telling me I should vote based on my sexual orientation, you’re pretty much dehumanizing me entirely and reducing all other aspects of my life that may come into my thinking when voting on the next leader of the free world to… afterthoughts of no concern. At the same time, by boiling “gay issues” down to marriage equality alone, you’re really missing the forest for the trees. And the forest is full of dangerous bullshit like Religious Freedom Restoration Acts, bathroom bills, non-support for the Employment Non-Discrimination Act/Equal Rights Act, insane religious governors, judges and county clerks, lack of access to equal and adequate healthcare and sexual education, disproportionate levels of drug use, abuse, homelessness, and suicide among our youth, etc. etc. etc. So, the assertion made by my otherwise lovely straight female friends, though they may have thought it a clever bit of voter persuasion, was not only uneducated and condescending, but managed to reduce both me and the nebula of gay rights work yet to be done to one lonely issue.

The second reason these incidents continue to drive me into Hillary’s local campaign office to make hours and hours of repetitive voter outreach calls is that Hillary has been a far better ally than any of these straight female friends, and for far longer. Yes, Hillary went on television and officially said “I support gay marriage” in 2013, and if you never bother to learn another thing about her, or if you’re too pure behind your keyboard to acknowledge the practical limitations of politics and politicking, then you may think you have a point. Hillary, however, and as she’ll certainly say a few more times before November, likes to get things done. Her political philosophy is evident in her meeting with Black Lives Matter leaders last year. It is unclear if Clinton knew she was being recorded, but she was strong in her opinion on how to make real change: “I don’t believe you change hearts. I believe you change laws, you change allocation of resources, you change the way systems operate.”

So America believes Hillary’s heart changed in 2013? Frankly, I don’t give a damn when, or if, Hillary’s heart has ever changed. In 2012, I spent a summer working as a graduate intern at the Department of State and was stationed at a U.S. Embassy in central Asia. Toward the end of my term, I had dinner with a superior officer, who, up until that point, had never indicated any of his conservative religious views. That evening, he decided to tell me all about the human resources policies that Hillary had changed upon taking over as Secretary in 2009. Apparently, since gay people weren’t allowed to get married, Secretary Clinton ordered that all benefits available to an officer or staff member’s family via marriage also be available to the would-be families of officers and staff, were they federally able to marry. When Obama didn’t yet have the political capital to repeal DADT, and years before Obergefell was even a glimmer in John Kasich’s eye, Hillary took the vast department beneath her and gave its thousands of employees functional equality. 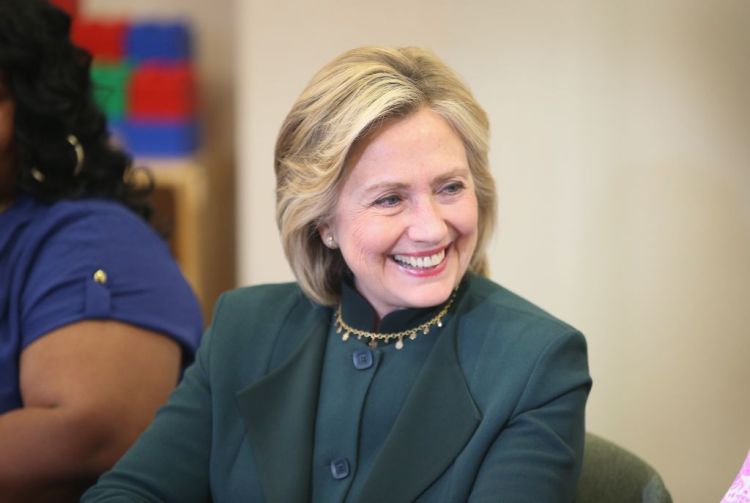 When you work for the U.S. Foreign Service, you are reliant on the federal government for many of your basic needs. Should you be assigned to Tanzania, for example, how will your family get there? When they do, where will they live? What will they do to earn a living? How will your children be educated? The State Department answers all of these questions and provides preferential treatment based on family composition, including marriage. The 2009 administrative policy changes Secretary Clinton made to circumnavigate DOMA allowed countless Americans serving at home and abroad to access the full and equal benefits, preferences, and familial protections they deserved. To borrow from Uncle Joe, this was a big fucking deal.

While eating that night in 2012 at Best Chicken (a killer KFC knock-off), my superior asked me what I would say to our colleague Kelsey*, about the fact that Kelsey could not get her fiancé, Vlad*, a job at the embassy due to Vlad’s lack of spousal status. If Vlad were instead Nadia, he supposed, we’d just give that lesbian a job tomorrow. Shouldn’t all couples, his logic went, regardless of sexual orientation and marital status, receive the same benefits? Here, again, a straight person smirked at me, assuming they had me trapped into admitting the flaws in my own values. I looked my superior square in the eye and said simply, “I would tell Kelsey and Vlad to get married.” He gave me a nod and no argument.

Hillary’s long concern and fight for human rights, which she has defined over time to include both women’s rights and gay rights, not only predates her 2013 marriage equality announcement, but was the driving thrust of her foreign policy design and implementation as Secretary of State. When Hillary declared on International Human Rights Day in Geneva on December 6, 2011, that “gay rights are human rights and human rights are gay rights,” she was channeling a sentiment that manifested itself through all levels and corners of State Department policy, personnel, and operations. As noted above, she gave all employees access to the same marriage benefits regardless of federal marriage law. Respect for differences was felt from the top down – right before arriving in central Asia, I came out and buzzed off my hair because visibility. Up until this one chicken dinner, my orientation had never been acknowledged as something that made me different, would affect my ability to do the job, or limit my willingness to work with and just as hard as my colleagues, all of whom came from different political and socioeconomic backgrounds, and all of whom were endlessly respectful.

As Secretary of State, Hillary wrote gay rights (and women’s rights – another column!) into programmatic priorities across the globe. New initiatives included tracking and supporting LGBT civil society groups in oppressive countries; bringing advocates, donors, and civil society groups together to fight Uganda’s anti-homosexuality bill; creating a special Honduran crime unit to investigate crime against vulnerable populations including LGBT Hondurans; Bureau tracking, reporting, and speaking out on climates for LGBT populations in Africa and Eurasia; and developing the first ever Western Hemisphere regional strategy on LGBT engagement, focusing on criminalization of and discrimination against LGBT populations, and including outspoken advocacy and outreach in places like Jamaica. Under Secretary Clinton, the State Department led the UN General Assembly to reinsert “sexual orientation” into protective language in a resolution on extrajudicial, summary, and arbitrary executions. Resources were directed to protect LGBT migrants and refugees, including new programs to develop best practices for serving LGBT migrants and refugees and to ensure that UN High Commissioner for Refugees partner agencies prioritize LGBT refugees and asylum seekers as populations of concern.

Hillary’s State Department also launched the Secretary’s Global Equality Fund, a public-private partnership initiative to advance the human rights of LGBT people. The fund supports programs that document human rights violations against LGBT people; provides legal assistance; enhances NGO capacity; provides emergency assistance to human rights defenders facing governmental or societal threats; supports public awareness programs; and builds diverse human rights coalitions around public messaging. Finally, (and I really could go on), U.S. embassies abroad, under Hillary’s direction, came out in support of human rights for LGBT people through a number of innovative public diplomacy measures. These include the U.S. Ambassador to Slovakia marching in the nation’s Pride parade a year after it ended in violence; convincing Lady Gaga to perform at EuroPride Rome 2011 under a ubiquitous theme of “gay rights are human rights and human rights are gay rights;” public screenings in Guinea of the first known African-produced pro-LGBT film; public discussions of past and lingering criminality of homosexuality in India; and widely circulated op-eds in support of LGBT rights by our U.S. Ambassadors to Serbia, Jamaica, El Salvador and Panama.

But, you say! Bernie came out for marriage equality in 2009! That’s four years before Hillary said it!

I wonder what Hillary was doing for those four years, from 2009 to 2013? Oh yeah, she was trying to FIX THE FUCKING WORLD FOR HOMOS. Actions speak louder than words, kids, and bitches get shit done.

Your Head Dyke in Charge

One thought on “Why I’m Supporting Hillary (And You Should Too!)”