Why You Should Be Watching Crazy Ex-Girlfriend 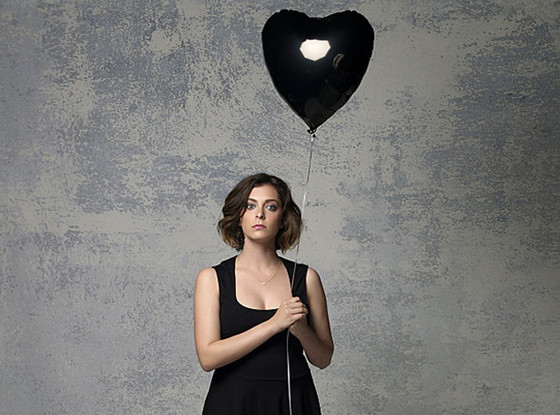 Crazy Ex-Girlfriend is a musical dramedy on The CW. It follows the dark, awkward journey of a depressed lawyer who leaves her life behind and moves to Southern California to be closer to the guy she briefly dated as a teenager. She’s a hot mess, much like a lot of the other characters, and her angst often manifests in elaborate song and dance numbers.

It was recently renewed for a second season, but The CW literally renewed all its scripted shows this year, so interpret that as you will. Still, there aren’t enough people watching this show, and it’s about time we change that.

Like the recent sitcom Trophy Wife, Crazy Ex-Girlfriend is an awesome show that transcends and subverts its title, but not enough people are watching it because the title tends to turn people off. Why would I want to watch a show about an awful person?

Well, there are plenty of reasons. Here are the five most important:

As you might know, co-creator and star Rachel Bloom recently won a Golden Globe for the title role, which came as a huge surprise to the millions of people who had no idea who she was or what show she was on. But damn, she earned that hunk of gold. Every episode, she busts out in hilarious, heartbreaking songs. She’s so adorable that every awful, crazy thing she does is somehow understandable and justified. She’s almost the Bizarro-Walter White. Even though she’s on a downward spiral, you don’t really notice because she’s so charming.

That isn’t to say the other characters aren’t important. The entire cast is packed with Broadway stars and triple-threat character actors. Vincent Rodriguez, III, who plays the love interest, is charming as hell, and her enabler best friend Donna Lynne Champlin can belt out a number like nobody’s business. Santino Fontana is suave and crazy; Vella Lovell is deadpan and crazy; Gabrielle Ruiz is bitchy and crazy. They’re all weird, wounded characters, but the actors let their humanity shine through.

In a recent episode, Rebecca (Bloom’s character) seriously messes up in front of her crush, leaving her alone in her house, crouched in front of a pile of broken glass. The camera lingers on her for a while, letting her devastation sink in, and then we see her on stage, in front of a broken-glass chandelier, singing a torch song to an audience of nobody. The song: “You Stupid Bitch.” If you didn’t pay attention to the lyrics, she’d sound like an above-average lounge singer at a night club. But listen to the words for just a second, and they’re cringe-worthy. She hates herself, she’s in pain, and her cocktail of emotions comes through in the song. It’s a devastating number in a devastating episode, and it exemplifies why Crazy Ex-Girlfriend is so different from every other show on television. It uses music to tap into these emotions, making everything both heightened and somehow more complicated.

The show also does an interesting trick of balancing success and failure, triumph and defeat, in the same moments. A recent example: Rebecca finds out her crush doesn’t love her at the same moment she’s accepting a key to the city for her valiant lawyer work. Nothing is completely doom-and-gloom in this world, and nothing is completely sunny, either. As the theme song explains, everything is “a little more nuanced than that.”

Rebecca’s boss Darryl recently found out he was bi. Like Rebecca, he freaked out for a bit, but unlike Rebecca, he processed his emotions, dealt with things rationally, and is now a divorced father exploring his first same-sex relationship. It’s a cute, casual storyline that feels groundbreaking in how low-key it comes across. Darryl comes out to his coworkers in a hilarious Huey Lewis pastiche called “Getting Bi,” and everyone shrugs in response. Clearly the news (and The News) mean more to him than anyone else. His new boyfriend is a much younger jock side character who mentions his orientation halfway through the season in the most casual way possible. Their storyline is an obvious counterpoint to the raw angst of Rebecca’s journey, and that’s what makes it so refreshing. 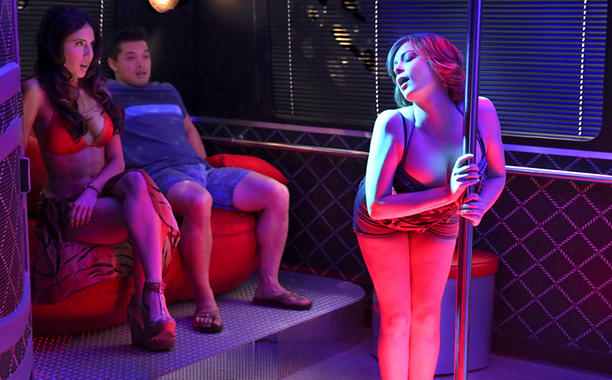 At its heart, Crazy Ex-Girlfriend is about mental illness in its many forms. The title character is clearly manic-depressive (which honestly explains why her life is filtered through musical numbers), and the other characters aren’t that much better. We see glimpses of codependence, narcissism, emotional abuse, sexual confusion, and bad parenting. I wouldn’t be surprised if half of the writers in the writers’ room had psychology degrees.

Despite all that, no one is a villain. No one is a cartoon. One of the very best things I can say about this show is that its creators treat every character with respect and dignity. They have flaws, but they aren’t defined by them. Musicals are so heightened, that many of them (even some of the best musicals) have fairly flat characters. These characters aren’t just well-rounded, they’re recognizably human.

I cannot stress enough how consistently hilarious and ear-wormy these songs are. About half of the show’s tunes are emotional and character-driven, like “You Stupid Bitch” or the Astaire/Rogers number “Settle for Me.” The other half are more thematic and satirical, like a guitar-strumming number about sisterhood that slowly reveals itself to be about women backstabbing each other. There was also a rap about self-described “Jewish American Princesses,” and an intentionally creepy country song about loving your daughter. This latter type of song wouldn’t seem out of place on YouTube. Divorced from the show itself, the humor and premise still hold up. But it’s the first type of song—the more character-driven one—that really makes this show special. Like any good musical, Crazy Ex-Girlfriend uses its numbers to drive the story forward and reveal more about each character.

If you’re still on the fence about this show, go online and check out the pilot episode’s showstopper “West Covina.” If that three-minute song doesn’t make you laugh, nod, and cringe, then you’re probably crazy yourself.

Charlie Purcell is an American living and working on beautiful Zanzibar Island off the coast of Tanzania. When he’s not swimming or eating too much of the local food, he teaches English and drama at an international school. He’s a movie reviewer for Slickster Magazine, as well as the writer of several young adult adventure stories. For updates on his novels and short stories, visit ThisIsCharliePurcell.blogspot.com.