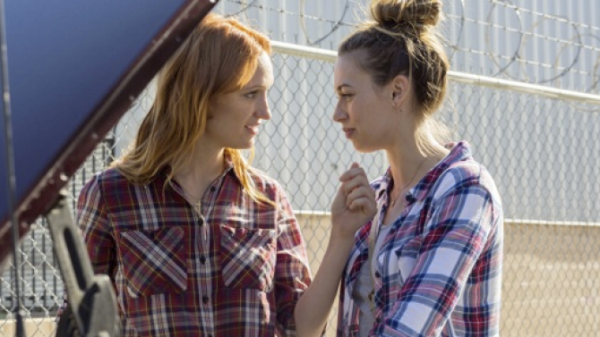 Lifetime is milking their edgy drama for all it’s worth. On Thursday, the network launched The Faith Diaries, a digital short series, as reported by Variety. The series focuses on Season One contestant Faith (Brenda Wool) and her girlfriend, Amy, as they figure out their relationship while heading to L.A. to pursue their ambitions. The Faith Diaries is written and produced by Sarah Gertrude Shapiro, co-creator of UnReal, and marks the network’s first foray into scripted digital short programming. All 10 episodes of The Faith Diaries are currently streaming on Lifetime’s website.

In Season One, Faith was one of the contestants hoping to win the heart of British Hunk Adam on Everlasting, the show’s satire of The Bachelor. Over the course of the season, it was revealed that Faith is actually a lesbian in love with her best friend back home. The revelation about Faith’s sexuality provided the character with more depth than most of the other contestants.

Traditionally, Lifetime has been television for straight women (and gay men). This web series documenting a lesbian relationship is a big step for Lifetime as it continues to evolve. Should we expect to see an all lesbian series like The L Word on Lifetime? Probably not just yet, but it may be closer than we think. Freeform (formerly ABC Family) has Pretty Little Liars, which has an unusually high number of lesbian characters for a teen show, so it’s not unthinkable to consider Lifetime experimenting with more girl-on-girl programming.

The first season of UnReal was critically well-received, but averaged modest ratings (about half as many viewers as the show’s lead-in, Devious Maids). Season Two of UnReal is set to premiere on June 6th at 10 p.m. and will introduce Everlasting‘s first African American bachelor, which means the fictional Everlasting is now officially more diverse than The Bachelor.

« A Guide for Straight and Cisgender Allies in LGBTQIA+ Spaces
The First Gay Movie? »