Originally published on Back2Stonewall and re-published here with their permission.

DC Comic’s ONLY gay superhero character comic series Midnighter will end next month as the company readies for its new “Rebirth”.

Midnighter recounts the adventures of a kick ass gay vigilante superhero and while some believe like Dan Avery of NewNowNext that it’s not just another in a long line of recent a #BuryYourGays situation many disagree.

Fans of the character and comic claim that DC Comics itself is to blame for not really caring about the comics run.  While the reviews for Midnighter have been nothing but positive, the company itself was the brunt of quite a bit of homophobic backlash online when they first announced the gay superheroes run last summer and afterwards did nothing to promote the comic, not even in the LGBT and gay-geek community.

The character of Midnighter first appeared in Stormwatch (vol. 2) No. 4, in 1998 before appearing in various other comics before getting his own title in June of 2015.

Warren Ellis described Midnighter as “The Shadow by way of John Woo”. Midnighter is rarely seen without his costume and mask. With recurring themes in Midnighter’s adventures being about his love of violence and killing, as well as comments on his sexuality. 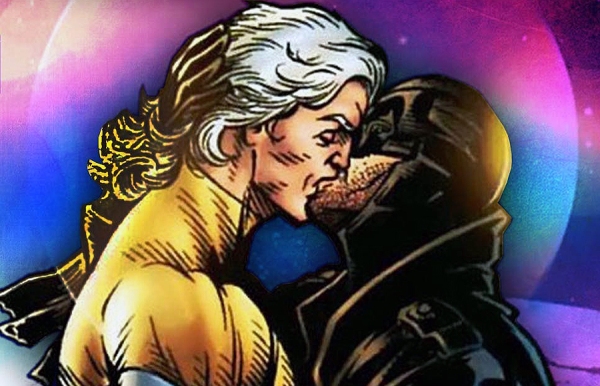 In his 2015 stand alone comic run, Midnighter having broken up with (husband) Apollo, has to come to terms with being newly single, as well as tracking down a thief who stole exotic technology from the God Garden and is openly selling it to different individuals. Amongst the items stolen are files containing the origin of who Midnighter really was before the Gardener abducted and created him. After teaming up with Spyral agent Dick Grayson (yes, Robin gone rouge) to track down Russian vampire thrill-killers.

It’s reported that in the last issue of comic will reunite Midnighter with his superhero ex, Apollo, and together they will battle his evil creator, Henry Bendix.

In 2013, ComicsAlliance ranked Midnighter as #17 on their list of the “50 Sexiest Male Characters in Comics”.

Will Kohler is a noted LGBT historian, writer, blogger and owner of Back2Stonewall.com. A longtime gay activist, Will fought on the front lines of the AIDS epidemic with ACT-UP and continues fighting today for LGBT acceptance and full equality. Will’s work has been referenced in notable media venues as MSNBC and BBC News, The Washington Post, The Advocate, The Daily Beast, Hollywood Reporter, Raw Story, and The Huffington Post

« U.S. State Department’s Randy Berry Delivers Keynote on Being ‘Out in the World’
RPDR Recap and Power [Bottom] Rankings: Wizards of Drag »