The Flash Recap: The Present 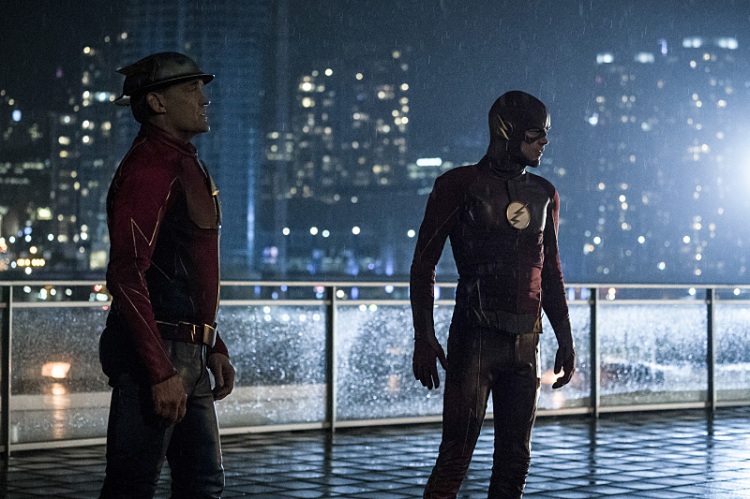 Spoilers ahead if you haven’t seen Season 3, Episode 9 of The Flash.

After a riveting 4 part crossover event, this week’s episode of The Flash begins 4 years ago in the Indus Valley. Julian is sporting his archeology gear and has been searching for…something. After a fruitless 6 months, he finally finds an ancient box (no, not Madonna’s). When he opens the box, there’s a blinding light and screams and…

Team Flash is getting ready for Christmas at S.T.A.R. Labs because, as H.R. puts it, “Some traditions are multiversal.” However, Barry can’t quite get in the Christmas spirit because he’s focused on figuring out what the stone is that allows Savitar to create metas, though he does worry that whatever he comes up with will be a disappointment to Iris on their first Christmas as a couple.

This is when Cisco starts getting visited by the Ghost of Christmas Past aka his dead brother, Dante. He doesn’t say anything to the team, though, because apparently seeing your dead brother in the lab is totally normal.

After discovering that Julian wrote a paper on the same topic they’re researching, Barry goes to pay him a visit. Julian confesses he was looking for the Philosopher’s Stone (Draco Malfoy looking for the Philosopher’s Stone?) and funded an expedition to find it. However, Julian says he never found it and that’s why he gave up and moved to Central City.

In case you forgot, Joe still has a lady friend. He invites her to Christmas at the West house and apparently they both have alcoholic grandmothers with excellent eggnog recipes, so they challenge each other to a nog-off. 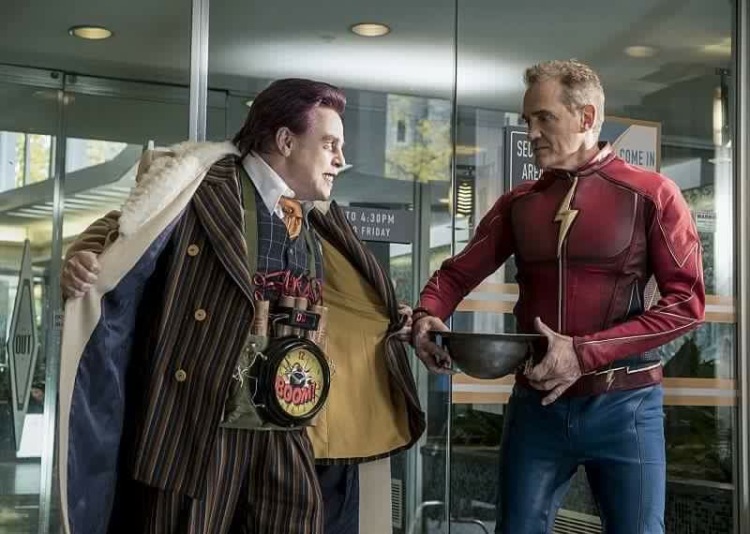 Barry needs insight, so he travels to Earth 3 to find Jay Garrick. After helping Jay catch The Trickster (oh hey, Mark Hamill), Jay tells Barry what he knows about Savitar. He was the first meta with speed and therefore the fastest speedster. He has a pattern. He sends a predecessor to prepare for his arrival whenever he wants to challenge a speedster who threatens his power. Jay tells Barry that Savitar will keep coming for Barry.

Meanwhile on Earth 1, Wally trains with H.R. and his speed is surpassing Barry’s when he as at the same point in training.

Back at S.T.A.R. Labs, Barry speed reads through Hindu mythology, but can’t find anything on Savitar. Jay reminds Barry that Christmas is a time you should be with the people you care about.

Cisco finally vents to Caitlin about seeing his dead brother and how hard it is without him during the holidays, along with some other general whiny sentiments.

Because she occasionally has to remind everyone that she’s a reporter, Iris does some research on Julian and discovers that 4 people died during his expedition in the Indus Valley. Barry takes this to mean that he did actually find the Philosopher’s Stone and that he must be connected to Doctor Alchemy.

Barry prepares for a battle and Wally wants to help, but H.R. isn’t willing to reveal to the others that he’s been training Wally. Leaving Wally at the lab, Barry goes to confront Doctor Alchemy and Savitar naturally shows up once the box is opened. Jay takes on Savitar and tells Barry to get the stone. The special effects on The Flash are always weakest during these slowed down speed fights. Barry shuts the box, which causes Savitar to disappear right before he’s about to kill Jay. Barry pulls off Alchemy’s mask and discovers (to no one’s surprise) that it’s Julian.

But it may not be that simple. Imprisoned back on S.T.A.R. Labs, Julian insists he’s innocent. Barry asks Julian if he’s been blacking out… and then reveals his identity, because what’s the point of a superhero keeping his identity a secret? Suddenly, everything makes sense to Julian, who admits he has been blacking out.

He tells Barry that his quest for the Philosopher’s Stone began with visions of his dead sister, who said they could be together again if he found the stone. The blackouts began when he found the stone (shocker) and he has no memory of what happened to the 4 members of his team who died.

In another part of the lab, Cisco continues to see his dead brother, who tells him to open the box. Cisco is desperate to really have his brother back, so he opens the box. Caitlin narcs to Barry just in time for Savitar to show up and toss him around like a rag doll. Despite Joe’s protests, Wally rushes in to help Barry. Caitlin tells Cisco he has to close the box (did anyone else just want her to blast him with some ice?) and he reluctantly does so. Savitar disappears once again.

It comes out that H.R. has been training Wally and Joe flips out. H.R. spouts some bullshit about not denying someone of their potential.

This is when Barry realizes that Savitar and Alchemy have the same voice. Realizing that Savitar speaks through Julian when he’s using him, they realize they can link the box to Julian’s brain to talk to Savitar. Because experiments never fail on The Flash, it works and Savitar tells them they should be on their knees (apparently Savitar is a dom top?), that they should be bowing. He claims to know them better than they know themselves, and foretells them of their unhappy future. “I am the future, Flash.” He wants to destroy Barry as Barry’s future self trapped him for eternity. 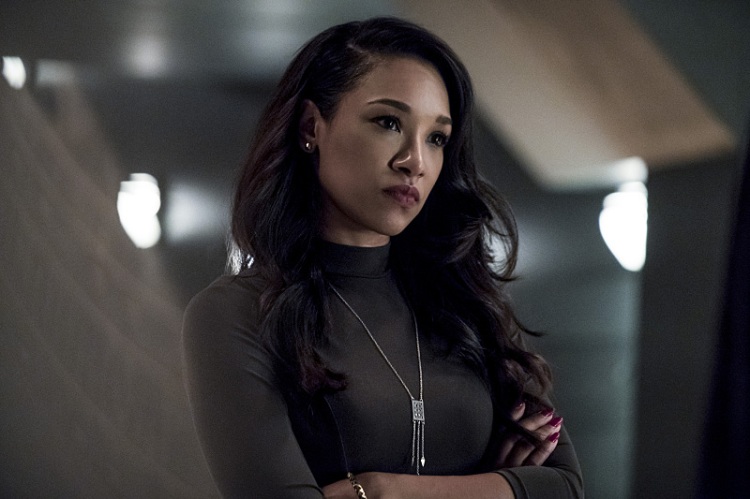 After cutting off the connection to Julian, the team decides their best option is to destroy the box. They know they can’t bury it – Cisco reminds everyone of Jumanji. Jay suggests they throw the box deep in the speedforce.

After launching the box in the speedforce, Jay and Barry are propelled 5 months into the future just in time for Barry to see Savitar kill Iris in front of his future self. Before he can react, Jay pulls Barry back into the present and tells him what he saw is one possibility for the future, that he can still change it. Barry realizes this is why Iris no longer writes the article from the future – because she will die before she can write it.

Jay goes back to Earth 3 and H.R. insists everyone needs Christmas. Caitlin invites Julian to celebrate with them, but he says he likes being alone on the holiday. At the West house, Joe finally kisses his new girlfriend. Wally gets a Kid Flash (he’s really going to let them call him that) costume as a Christmas gift from everyone. Julian was feeling lonely and shows up after all. His gift to Barry is offering him his job back (does he have the authority to do that?). Some Christmas carolers show up and Caitlin uses her powers to turn the rain into snow.

Not wanting to waste any of his time with Iris, Barry takes her to a swanky apartment that is absolutely out of their price range. His gift to her is the apartment, which he wants them both to live in together. Iris got Barry a wallet.

« 7 Ways to Be a Better Ally to LGBTQIA+ Parents
No, Kelly Osbourne, We Cannot and Will Not Give Donald Trump A Chance »