10 LGBT DC Characters Who Should Appear in the Arrowverse 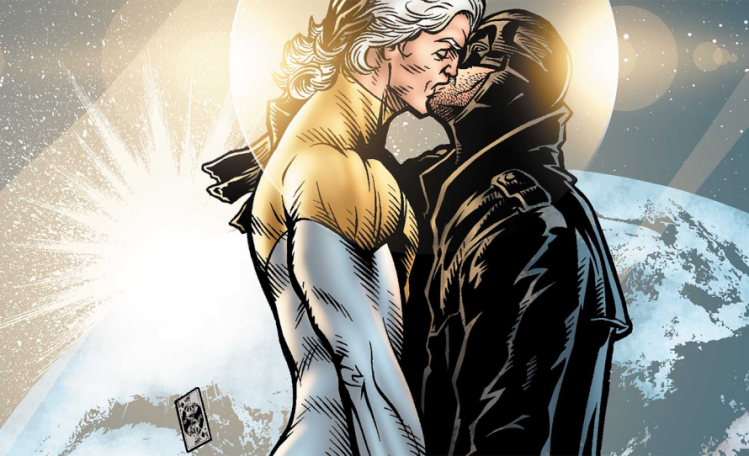 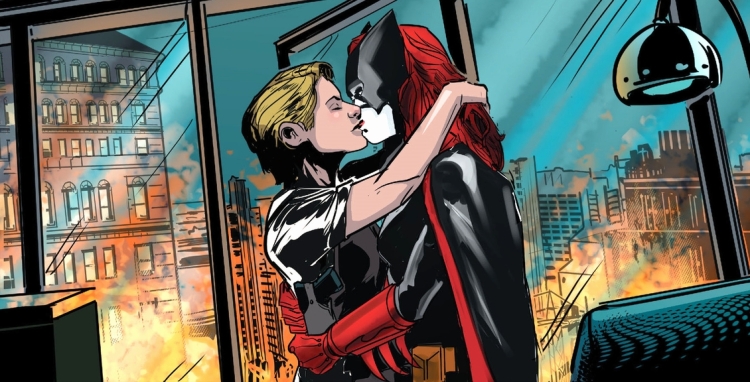 It’s no secret that while the Marvel Cinematic Universe has flourished, the DC Extended Universe has struggled to hit the right note creatively (Wonder Woman aside). While films like Man of Steel and Suicide Squad have left fans less than satisfied, The CW has been churning out several series that not only tastefully bring beloved DC characters to life, but also manage to include more diversity. With characters like Sara Lance, Alex Danvers and Curtis Holt, the Arrowverse is proving that badass heroes don’t have to be heterosexual.

Backed by super producer Greg Berlanti (a gay hottie himself), the Arrowverse has already brought us a slew of LGBT characters, but there’s always room for more. Here are the top ten DC comics characters we’d like to see make an appearance in the Arrowverse:

A minor villain, Bellacheck Temple made his first appearance in Green Team: Teen Trillionaires #6. Temple is a businessman currently boinking fellow baddie Icicle. He’d be a great one-off or recurring villain on Arrow. The possibilities for the character are wide open, but hopefully his flamboyant fashion sense would make it into the series.

Xenos is a confidant of the Justice League of America and the love of interest of JLA member The Ray. His first appearance was in Justice League of America Vol. 5 #5. Xenos isn’t the most exciting character, but another cute gay boy is always welcome. It would make sense to bring him in if The Ray is introduced, or Xenos could always be a love interest for Curtis on Arrow.

A former soldier and leader of a black ops StormWatch team, Apollo’s first appearance was in StormWatch Vol. 2 #4. Apollo is a human, bio-engineered to have super powers like heat vision, accelerated healing, and super strength. He derives his power from solar energy (hence the name), and becomes weak when he loses energy. In the comics, Apollo eventually marries teammate Midnighter (another character we’d like to see on The CW). The writers could easily figure out a way to tie his origin story into the D.E.O. on Supergirl.

Sophie Moore is the ex-girlfriend of Katherine Kane (Batgirl). They met when they were cadets at West Point and kept their relationship secret. Their relationship ended when Kate was kicked out after being outed. Moore first appeared in Detective Comics #859. She would be a fun character to feature in an episode. Maybe someone Sara Lance seduces on DC’s Legends of Tomorrow or someone Alex Danvers becomes entangled with on Supergirl.

Growing up, Ray could not be exposed to any light, because his mother thought he was allergic and wouldn’t let him leave the house. He grew up with minimal exposure to light of any kind, including the television. After sneaking out as a teenager, he learns of his ability to absorb and process light into super abilities. His first appearance was in Ray #1 and a version of the character appeared in the webseries Freedom Fighters: The Ray. In the comics, he is currently the guardian of Vanity, Oregon and dating JLA teammate Xenos.

Randy Hanrahan AKA Stallion first appeared in Nightwing Vol. 2 #14, but his current proudly gay incarnation first appeared in Nightwing Vol. 4 #11. Hanrahan was once a budding football player for the Dallas Cowboys, but his career was ruined by an injury to both his knees. Stallion spent time working for the Penguin before becoming an assassin for hire. Stallion could be a fun addition to the team on DC’s Legends of Tomorrow or recurring character on any of the other series.

Frankie Charles first appeared in Batgirl Vol. 4 #35, a computer hacker and all-around tech whiz. She can offer all of the benefits of Felicity Smoak while still being a cool character in her own right. She suffers from restricted mobility, but doesn’t let that stop her from helping her roommate, Barbara Gordon (Batgirl), fight crime by utilizing her badass hacking skills. It is unknown whether or not she will be appearing in Joss Whedon’s upcoming Batgirl movie, but she would be any asset to any team fighting crime on The CW. 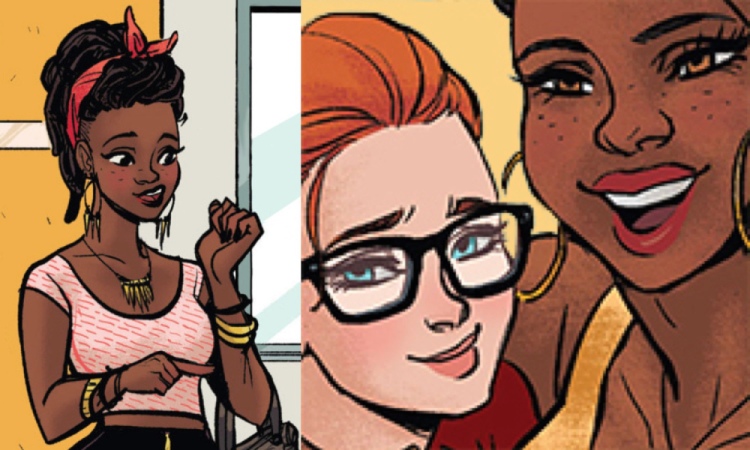 Like his husband, Apollo, Midnighter was once attached to the top secret StormWatch team, though his first appearance was Flashpoint Vol. 2 #5. Midnighter has battle precognition, which means he can predict his opponent’s next moves, in addition to enhanced vision, strength, hearing, speed, and healing. Midnight is the kind of cool vigilante that could carry his own series, but he’d also be a better recurring ally than any of the recent Team Arrow additions. 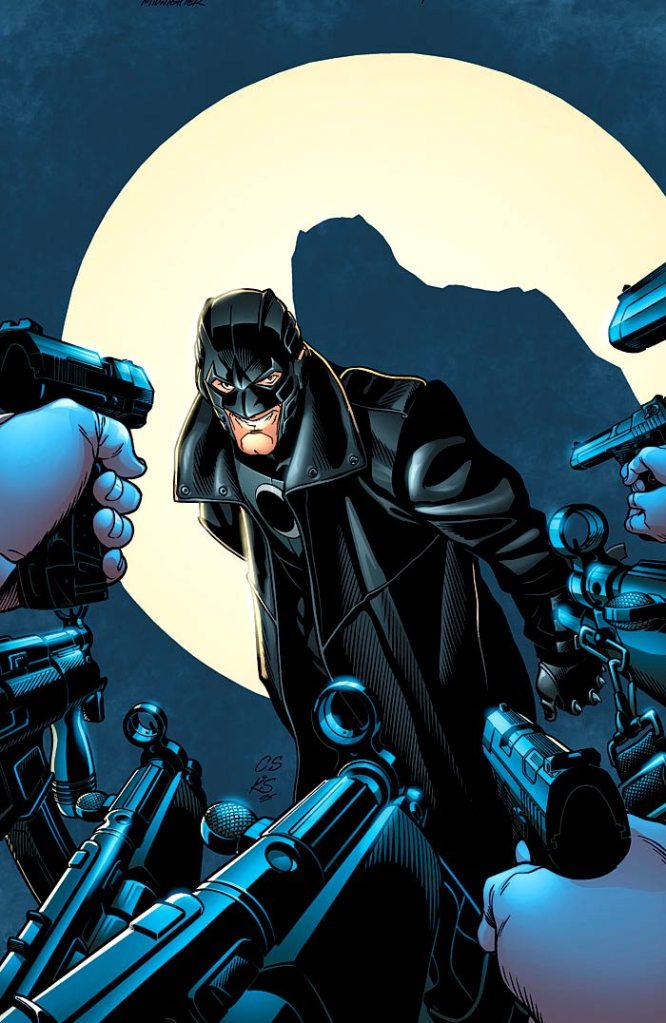 Selina Kyle has been depicted in two major film franchises and on current series Gotham, but she isn’t the only Catwoman to consider. Holly Robinson, who first appeared in Batman #404, was Selina Kyle’s protégé (ever since their prostitution days) and took over the persona of Catwoman when the latter had to step down. Between prostitution and drug addiction, the character has a dark past that could be a great basis for a multidimensional character. 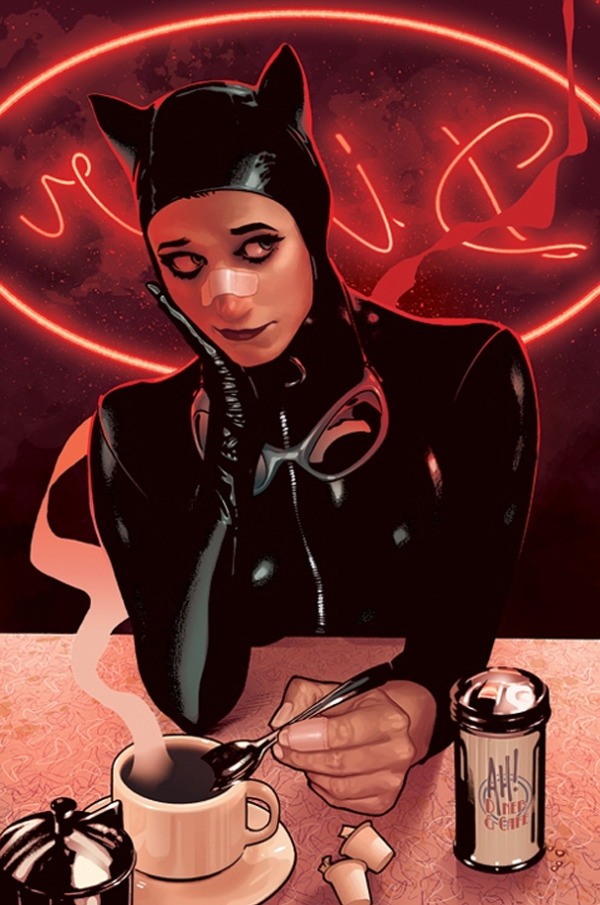 Many classic characters have popped up in the Arrowverse, but the bat family has been largely absent. Though she first appeared in Detective Comics #233, there’s never been much talk of her appearing in a feature film or television series. Like Batman, Batwoman lost her family at a young age. After getting expelled from West Point for being a lesbian, she turned to sex and drugs. It was after she tried to stop a mugging and met Batman that she decided fighting crime was a better outlet for her anger. In the comics, Kate Kane dates Maggie Sawyer, who is already a recurring character on Supergirl. It would be easy to write Kane in as Sawyer’s ex. Maybe Kane could even start a romance with Alex Danvers since we already know Floriana Lima (who portrays Sawyer) will be playing a reduced role in Season 3.